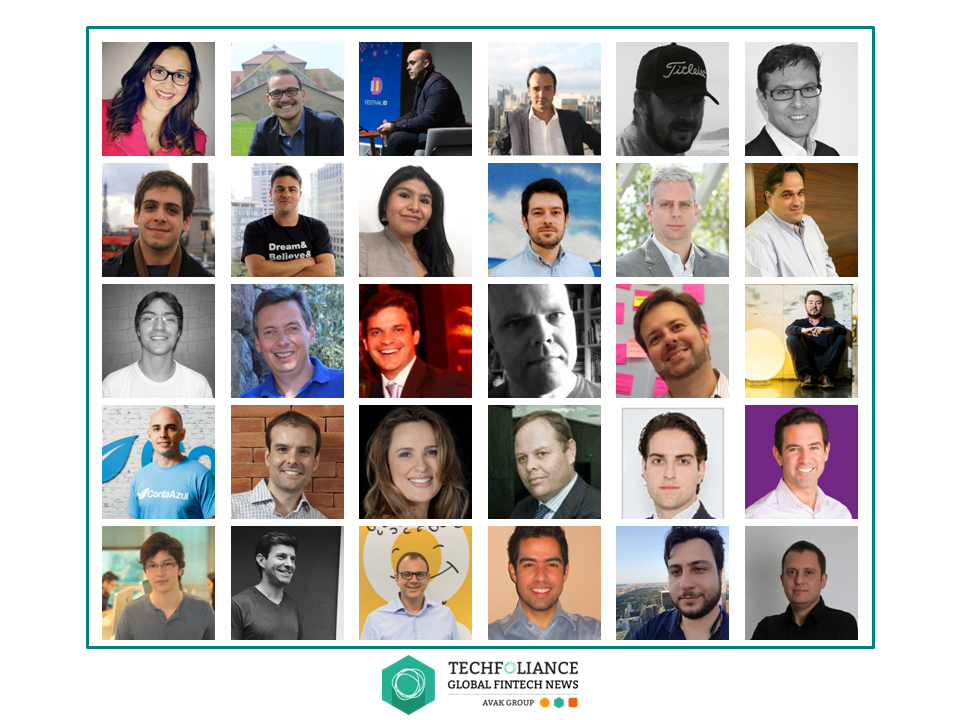 Techfoliance and I identified the 30 most popular Fintech influencers in Brazil. Here is what we found.

Brazil is the most active country in Fintech in Latin America. With more than 200 start-ups in sectors ranging from payments to insurance, the country has become a major Fintech hub over the past years. More specifically, the city of São Paulo is the epicenter of the sector, where most start-ups, incumbents and investors are established and where top events such as Fintech Venture days, CIAB, São Paulo Fintech Summit or InnovationPay are held.

We based our analysis on a series of metrics reflecting the engagement of each professional on the list in the Brazilian Fintech ecosystem, such as:

Please keep in mind that this is not an exhaustive list. There are many more people currently contributing directly or indirectly to the Brazilian Fintech ecosystem.

Please, feel free to add influencers in the comments below that we may have missed !