Techfoliance is extracting key data and facts from industry reports on the rise of Fintech in Europe so that you can focus on what matters the most for you.

In this report published in October 2017, the consulting firm McKinsey analyzed how Europe positions itself in the race for artificial intelligence and automation compared with the US and China.

The amount of cross-border data flows has grown 45 times larger since just 2005.

About 15% of the global goods trade is conducted via international e-commerce, with much of it driven by platforms such as Alibaba, Amazon, eBay, Flipkart, and Rakuten.

Europe has captured only 12% of its potential from digital technologies, ranging from 10% in Germany to 17% in the United Kingdom.

Europe could gain an additional €2.5 trillion of GDP in 2025, according to estimates.

Automation alone could raise productivity growth on a global basis by up to 1.4% annually.

Half the current activities carried out by workers in Europe could be automated.

New forms of technology-enabled work are adding variety to the traditional 9-5 job. 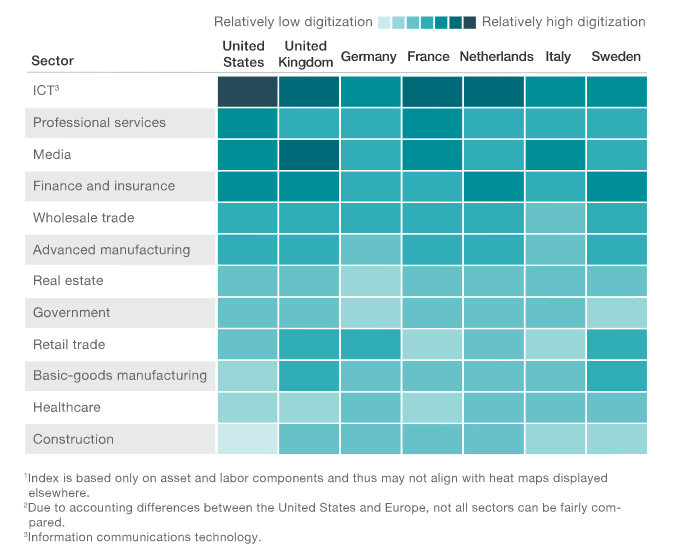 Europe and the US can still capture tremendous upside from digitization 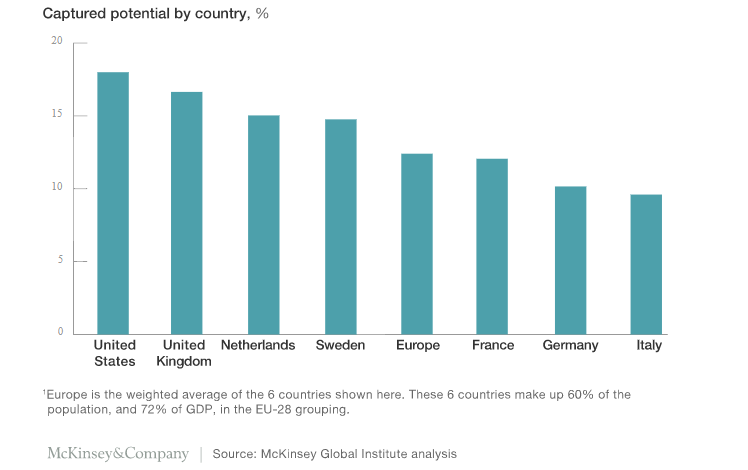 China and the US dominate investments in AI 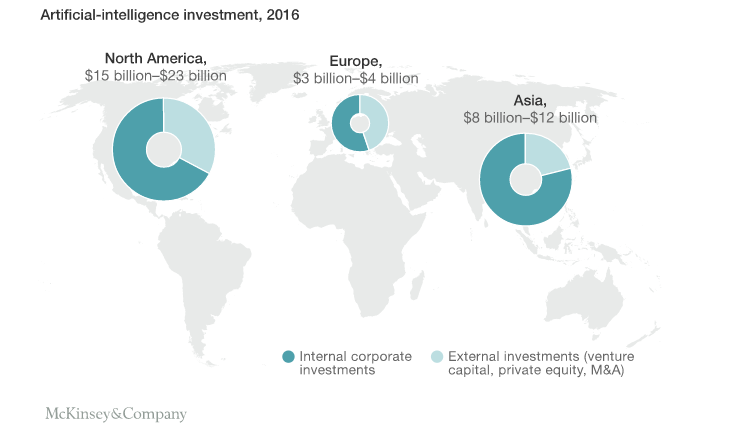