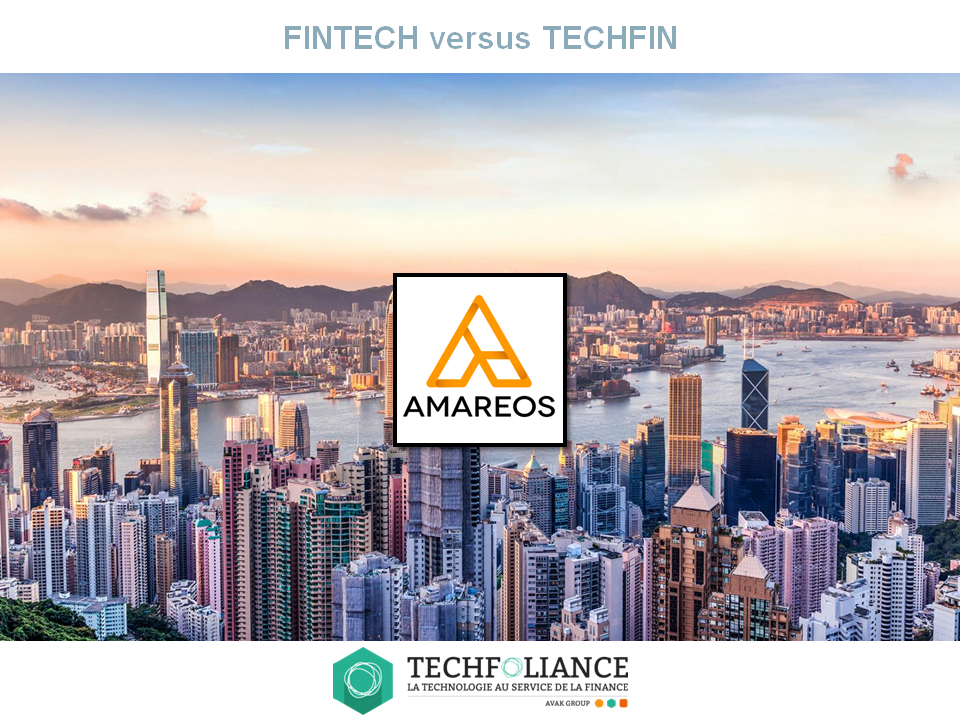 The fintech industry continues to grow exponentially. With promises of agility and scalability — despite an increasingly challenging Asia regulatory environment — we expect its rise to continue. However, the market has yet to evaluate the techfin industry model in the same way.

To many people the difference between fintech and techfin appears very small; practically non-existent. Both reflect the increasing overlap between technology and finance. What’s more, they often seek to exploit the vast amount of data generated globally.

“. . . a by-product of human interaction into a core commodity for economic growth. Data has been designated “the new oil” because it pushes companies to find, extract, refine and monetise it.” [1]

As much as fintech and techfin have these commonalities, there are also considerable differences, albeit rather subtle [2]. Fintech companies are driven by the desire to apply emerging technologies to radically alter the financial landscape. Techfin companies, in contrast, apply technology to enhance existing financial capabilities. A less disruptive, more incremental approach.

Proponents of these technologies claim they are hugely transformative because they undermine the very foundations of the modern banking system that first emerged in 14th century Italy. By that they mean not only commercial banks, but also central banks. As distributed ledgers, they allow financial transactions to be validated publicly via a network rather than relying on a centralized ‘official’ entity to issue and oversee the usage of fiat money.

Think about that for a moment: the application of just these two technologies could mark the end of more than seven centuries of financial history, eradicate one of the cornerstones of macroeconomic policy and consign many familiar global banking behemoths to the history books.

Because of the lofty valuations some fintech startups have achieved in recent years, there is a strong motive for companies to put themselves forward as major disrupters in the sector. However, in our view, many claims as to the transformative nature of their business models are overstated. The technological solutions offered are often micro-oriented, aimed at solving specific problems or tasks (techfin in other words).

True macro disruption, of the fintech kind, is rare.

In our experiences, we have found that Asian startups, especially in China, are more inclined to characterize themselves as Techfin. And they are, in terms of numbers, doing extremely well.

Ant Financial is valued at over US$50 billion after a series B round, while Tencent facilitates over 8 billion red envelopes to be shared in a day, up by 7 billion compared to the previous year.

Large global financial institutions are undoubtedly sensitive towards anything that threatens services they provide. This includes innovations promised by fintech disrupters. However, they have a couple of things in their favor, which in turn favors techfin. Unlike fintech, which is a substitute, techfin is complementary.

Incumbent financial institutions have another advantage that stems from the relative risk averse nature of its customers [3]. Financial transactions and banking in particular are heavily dependent upon trust. Without trust, no bank or bank-like entity can survive. As recent events show technology alone may be insufficient to secure this most important financial commodity.

Recently Ethereum — a blockchain app platform that promises, to quote from their website, “no downtime, censorship, fraud or third party interference” — was hacked with an estimated US$40 million of their Ether currency illegally drained from an account [4].

This event could very easily damage public faith in cryptocurrencies; a prerequisite for them to widely adopt and challenge existing banking systems.

Real innovation in financial services is only possible as and when the technology upon which it is based gains widespread public acceptance. Given techfin’s incremental approach, this hurdle rate is significantly lower. Moreover, incumbent financial companies also face strong incentives to embrace smart technological solutions to ‘old world’ financial problems and incorporate them into existing corporate structures. By offering their customers familiar products and services but better or cheaper, it gives them the best chance to ensure their ongoing profitability (or more dramatically) viability.

In Asia, there is the famous triumvirate (Baidu, Alibaba and Tencent); businesses that illustrate our point:

Baidu can better sell information by letting you not only search for your favorite restaurant, but also handle the reservation of the table, the payment of the menu and the taxi ride back home.

Alibaba can better sell products by facilitating express checkout via Alipay and can facilitate the number of products available by financing the SMEs that it knows will sale.

Tencent can better connect people by splitting bills in a restaurant via WeChat Wallet or reconnecting families millions of kilometers apart during Chinese new year simply by digitizing Red-envelopes.

Each of this techfin layers within its products is incredibly valuable.

Although its growth is finite — there are only so many friends you will have, restaurants you will search and products you will buy — what is exponential is the information around your decision.

Finally, Asia is well-positioned to benefit from the more incremental approach of techfin because consumers in the region have a clear preference for being offered a complete solution as opposed to the trial-and-error beta testing approach often associated with fintech.

[2] Another more light-hearted difference between the two is sartorial. Fintech means you attend conferences in jeans and a T shirt whereas techfin means simply removing one’s tie.

[3] If anything, risk aversion has increased after the 2009 banking crisis which saw several financial institutions fail, notably Lehman Brothers in the US and Northern Rock in the UK.

[4] The legality or otherwise of the transaction is still being debated.