Home Analyses The 5 RegTech Challenges for the Banking Sector and How to Overcome...
Facebook
Twitter
Linkedin
Email
Print 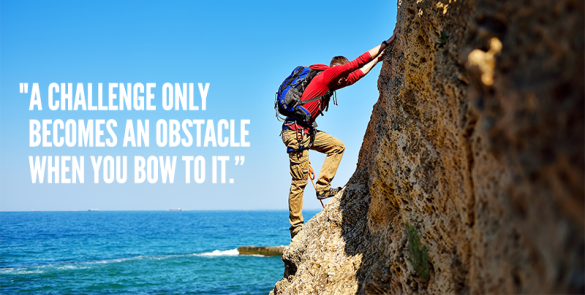 RegTechs are a new form of technological answer to the new regulatory requirements that are increasingly growing and becoming highly expensive to cover.

The development of RegTechs faces various obstacles that must be overcome. Please keep in mind that the challenges listed below apply to the banking sector but also to any other sectors that are regulated.

The obstacles to the adoption of regulations

At least five challenges represent major obstacles for adoption of regulations by the actors and the RegTechs. In short, we will describe them hereafter:

Challenge 1: follow-up and hierarchy of regulations

The first challenge concerns the monitoring and the hierarchy of regulations. Regulations are diverse, complex and multidisciplinary. Certain regulations apply only to national needs such as the rules of taxes, rules and standards of Reporting.

Challenge 2: lack of a common position of the regulators

The second challenge is the lack of a clear position of the regulators on the right solutions and standards to be applied. This lack leads to create uncertainty.

The third challenge concerns the adoption of common standards for the protection of customer data. Of course there are rules of data protection in different countries, but these rules are valid only in their spaces, which lead to conflicts because regulations are emerging at cross borders levels.

The fourth challenge is the technological change because the standards used in the past become obsolete.

Challenge 5: costs of development and implementation of regulations

The fifth challenge is twofold: on the one hand, the development costs of technology solutions are high and need to be carefully considered and on the other hand, the choice of the approach for the implementation by each player is very problematic especially in the presence of the disagreements on the interpretation of the regulations.

Proposals in the areas of RegTechs

Firstly, a RegTech must “fit into an ecosystem” including regulators, stakeholders, operationals, legal advisors etc. Therefore, all RegTechs would start locally, but sooner or later, will be called to provide solutions internationally. A good example would be the PSD2 Directive that aims to structure the European Payments industry.

By industry or global RegTech

The regulations are more comprehensive and specificities by industry are covered in the same laws. This approach is the bearer of simplification and its implementation is less costly.

RegTechs as a public service or private model

For economic efficiency and more security, the RegTechs could be considered as public service providers with the obligation to serve all stakeholders wishing to reduce their costs of compliance, to avoid duplicate efforts and to secure regulatory interpretations.

RegTechs as vectors of change of the business model

A RegTech has to choose its business model by answering to the following critical question: should the Regtech be specialized by industry or global? The answer is not easy because the RegTech must provide valid and innovative solutions covering the major changes that any industry faces. An Insurance RegTech will not necessary have the same focus as a Banking RegTech or an Asset Management RegTech.

Of course, interactions across these three major industries exist because they will deal in common products and service common clients. In addition, the size of the players in each industry will impact hugely the development of the business model of the RegTech.

In all cases, any RegTech must:
 Make sure that the offer is in line with the common standards
 Ensure that its offer corresponds exactly to the recommendations of the National Authorities.
 Adopt a technology that fits the investors protection standards.