Nathan Sexer, our US reporter and Fintech Analyst, had the great pleasure of meeting Søren Nielsen, co-founder of Ernit, one of the Fintech newcomers that recently joined Techstars for the 2nd annual Barclays Accelerator in New York.

Søren is 37 years old, CEO and Co-Founder of Ernit.

Before he was the Editor in Chief at Penge (Money & Private Finances), a large Financial Media company, and has a background in finance and economics.

Last year, he left everything for Ernit, and has not regretted once his choice.

“Ernit is the world’s first smart piggy bank. It consists of a connected, physical piggy bank and an app, allowing your kids to learn about the concept of money (and beyond) by setting goals and reaching them.”

Money is put into the piggy bank for basically everything: birthdays, pocket money or in exchange of doing choirs for instance. 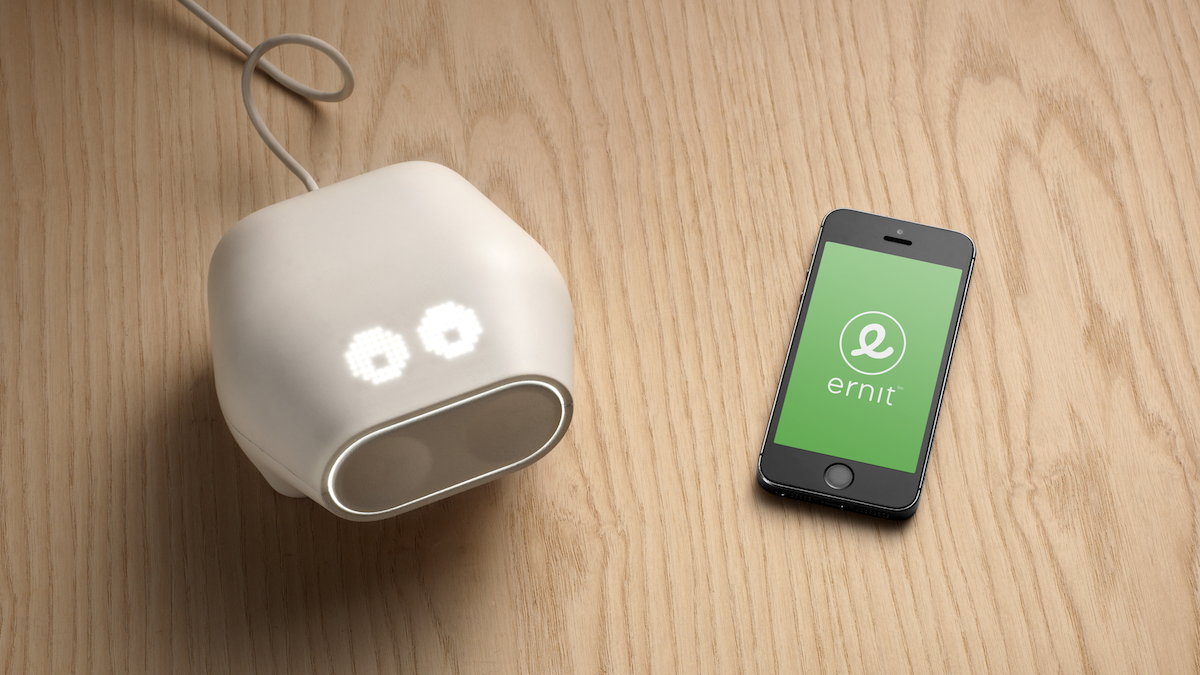 Parents transfer money from their account into the piggy bank, which is connected with the child’s account. In this account the children make the allocations on different goals.

Then, Ernit reads the balance of the account and can also read the allocation between the different goals.

The company was officially founded in 2015 but the idea comes from the year 2013 and passionate Entrepreneurs, who all have young children – one of the cofounders children were 8, 10 and 12 at the time. It all started with the three founders at New Years Eve table. They were talking about their kids, and giving them good money habits, which was getting hard with the money going digital.

“We didn’t see our children using piggy banks the same way we did.”

A global trend is in the air: from physical to digital cash

In Denmark money and cash become rare: money is going digital. Even if cash is still a big thing in the US, almost half of all transactions in North America are happening without cash (as of 2015) while the same number is 61% in Singapore, 60% in the Netherlands and 59% in France which are the three countries closest to the totally cashless society. 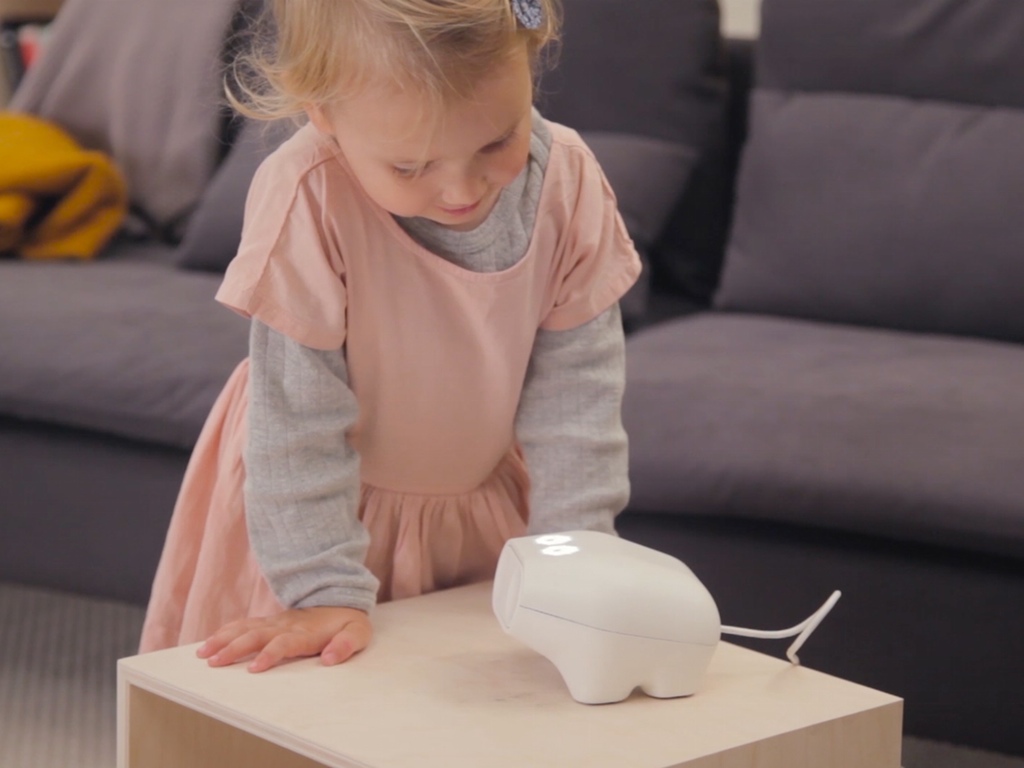 So they talked to child psychologist, professors, teachers, moms and fathers and conducted focus groups with the Dutch bank ING in Belgium and the Netherlands and with the Innovation Fund in Denmark.

And what came out from experts is that:

“It is like reading, you learn better from a real book than from an Ipad. It’s a fact.”

Where are they now? 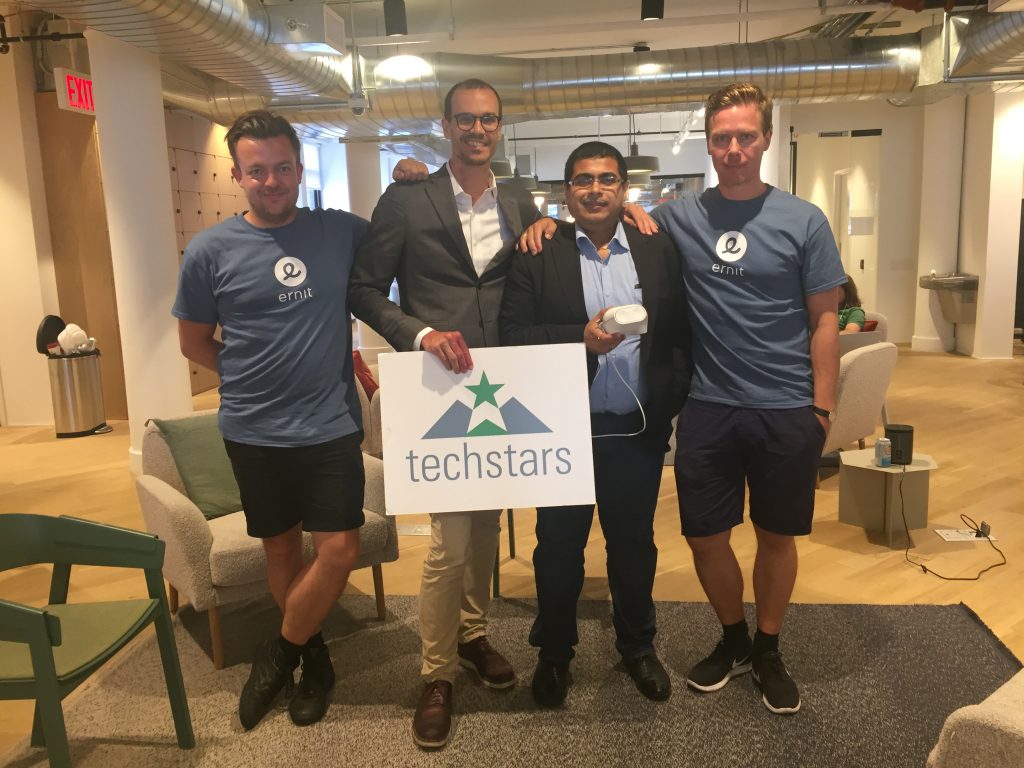 An investor in the company, who is the hardware product manager, manages their manufacturing facilities back in Denmark. Their product went out few days ago, and will hopefully spread around the globe as soon as their 12weeks program at Techstars end.

The product is not ready yet, but the latest prototypes arrived to the U.S. for testing. The final product will hopefully be ready for the market later this year.

Last but not least:

To put it in a nutshell, their main goal is: “Empowering children with the fact that Money has to be a mean to an end; it is not only about the money, but patience and endurance towards a goal.”

They are currently working on different projects, like enabling users to connect piggybanks around the globe and give children the ability to donate their money to less fortunate children in a kid to kid donation system.

This is also a reason why we were glad to meet Ernit, because we, at Techfoliance, believe that there is no age for Fintech democratization and that we have to educate people to the new ways of handling their finance.
We are convinced that it will solve many problems and not only in the US but everywhere in the world, especially in the developing countries.