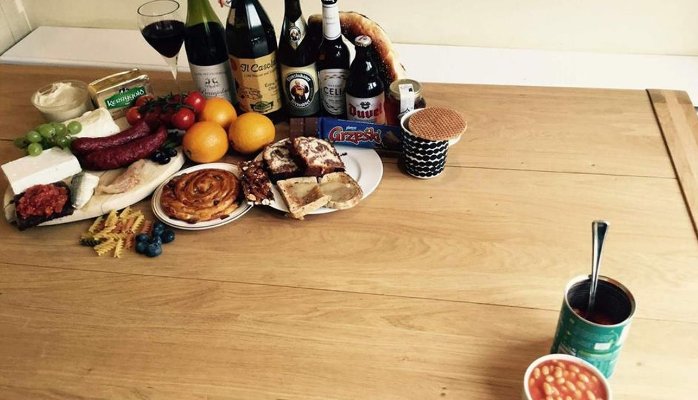 In an age of on-demand information, 48 hours seams like a long time to understand the (un)intended consequences of Brexit on FinTech. Whilst Friday, 24 June created a series of reactions, the weekend is giving way to deeper analysis.

A few have already started that analytical work (see Chris Gledhill here and Pascal Bouvier here, while Huy Nguyen already talked about the Impact of Sudden FX changes for FinTech Start-ups here). Instead I’ll be focusing on two aspects of Europe’s single market: people and regulation.

At its core, the European Union is built on 4 key pillars, these are the free movement of: (1) Goods, (2) People, (3) Services and (4) Capital. In the context of Financial Technology it is easy to see how 2, 3 and 4 are immediately affected. However, the question becomes how and in what order? If so what citi(es) will benefit from this shift? To me

Whilst the regulatory impact of Brexit is obvious, its materialization will take time. Instead, the foreseeable and immediate damage to the UK’s FinTech eco-system will be more about people’s passports than the financial passporting regime.

Currently, it is not clear when Article 50 (setting the procedure to leave the EU) will be invoked by the UK Parliament (because the parliament is sovereign and not the people – more about the difference between democracy and republic). Yet, EU officials are calling for an immediate triggering of the procedure.

When article 50 will be engaged, this will impact all of the above 4 pillars. For example, the limitation on financial services passporting regime will directly affect the scalability (e.g. speed, cost, geographies) of UK-headquartered start-ups. In the context of challenger banks, this raises the question as to whether  a German-based Fidor will be better prepared than a UK-based Atom? Or what about a starling bank which has actively been planing its business model around Europe’s Payment System Directive 2? Instinctively, I forecast that start-ups based on the Old Continent will have a competitive advantage in accessing the 500 million consumers in the European Economic Area.

Yet, it is not all negative in terms of regulations. The often discussed FCA regulatory sandbox is a great demonstration of pro-active regulation. However, its scope of application has limitations dictated by EU laws (e.g. exclusion of credit institutions, insurance or alternative fund managers as well as base line regulatory capital for some activities irrespective of portfolio/market size). Furthermore, if we agree that building a digital bank is so “2016” and instead data banks will be the future, then the start-ups subject to recent EU data privacy directive might be at a disadvantage (e.g. let’s see if UK start-ups handling EU resident data will still be caught by the obligations or not).

Additionally, I would also say that the uncertainty created in the markets and the upcoming wave of (re)regulations (at the very least 15% of UK laws are affected by EU directives/regulations) will give further rationale for the development of Regulatory Technology (RegTech). Indeed, a European market harmonization push, such as a the Single Rule Book (created in 2009 as a response to the 2007 crisis and aiming to solve the risks of fragmented market supervision) has favored the move towards single compliance and reporting standards for better prudential supervision. The full implementation of that vision is still years away since what we understand as Europe is mapping into a complex web of sub-groups, each with specific rights and obligations (e.g EEA, Schengen, EFTA)

Therefore, regulatory talks are both necessary and nice, but most likely won’t impact FinTech companies on either side of the (new) EU borders (E&Y issued a good paper on that). This holds true for at least for another 2 year during which EU law still applies and the terms of UK’s exit are being negotiated.

Humans: Still Behind the Tech and Business Cases (*until AI takes over :D)

Instead, as said at the start, it is the human capital cost that will have the greatest short-term impact on the UK’s FinTech eco-system.  Directive 2004/38/EC lays down the rights of EU citizens and their family members to move and reside freely within the territory of the Member States. This was a critical, and often overlooked, factor that turned London into a global FinTech hub.

Once we accept that the 2007 crisis represented a turning point in the development of a new era for FinTech (FinTech 3.0), we need to look at the social cost the financial crisis had on the workforce. The high unemployment rates around Europe have pushed educated and talented individuals to fuel the growth of the start-up eco-system in London. Indeed, a core part of the Brexit debate centered around immigration and the actual cost to the UK economy (hint: immigration was positive for UK growth).

In the context of FinTech, this is key because the development of this industry requires talented individuals. A recent UCL study showed that the average European migrant in Britain was not a low wage worker, but a “young, single French or Spanish graduate working in the financial, technology or media industries”. The question therefore becomes:

Would a Transferwise have ever existed was it not for the free movement of people that made its founders realize the inefficiency of sending money back to Estonia as he lived in London?

Whilst I can’t be assertive about Transferwise’s path to unicorn in a pre-Brexit world, I can comment on my own journey.

Was it not for the European Union I would not have been able to benefit from the similar treatment (e.g. home university fees and access to government loans) in accessing the UK higher education system that came with my EU status. The start of my professional career would also have been different as it is unlikely that I would have been the first hire of a challenger bank if the CEO had to go through a cumbersome visa application procedure. I would not have met my mentor Huy and I would not have started the FinTech Book with Susanne Chishti.

I am therefore a direct beneficiary of the EU’s second pillar: free movement of people, and thankful for it as it built me as a person. To me, Brexit was not just a message targeted to the political class and its need for renewal, but also to the EU migrants living in the UK. Would I feel comfortable to stay in London and, if not, which FinTech Hub would I go to instead?

The student in me would have looked at Scotland, strongly pro-European with a free higher education system and UK’s second largest financial center. The entrepreneur in me might have considered to relocate our staff to Dublin, given its similar cultural similarity and tax environment, or Berlin as a result of its low cost of living and large tech talent pool. My family roots might keep me near Paris as it is about to open the world’s largest tech incubator.

Would I have gone to emerging markets as far as Asia or the Middle East to relocate? Perhaps not (immediately) as the cultural, regulatory and competitive landscape wouldn’t have allowed for a quick pivot of a pre-existing company (with its staff, regulations etc).

The bottom line is that Brexit’s impact (actual or perceived) on people is preceding the impact on financial services by a large margin. Banks are already relocating their staff as a result of the decision and the potential impact on passporting.

Also let’s remember that billion dollar companies have, among other things, ethnic diversity as a common denominator; that Silicon Valley is a self-selected city of migrants that are entrepreneurial.

As the number of new educational courses on FinTech grows, we finally realize that FinTech is as much about the Human Capital powering it, as the financial capital fueling it.

Therefore, the short- and long-term damage Brexit is doing to the UK’s FinTech eco-system is more about people’s passports than the financial passporting regime.

Let me know, by leaving comments below, how you perceive the Brexit and its impact on #FinTech.