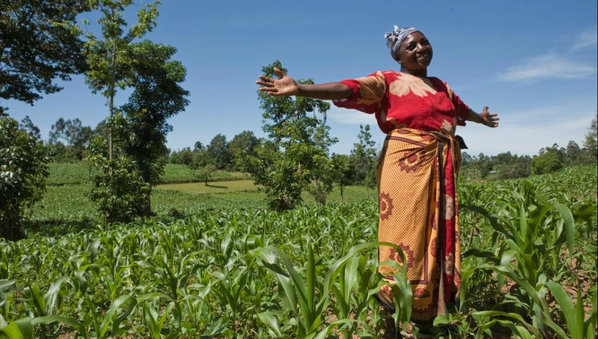 In a recent post published on the World Economic Forum, Faraja Kotta Nyalandu, founder & Executive Director at Shule Direct, shared her experience when visiting a village in Arusha city with African students.

In a continent where 38 % of African adults (some 153 million people) are illiterate according to the UNESCO, Faraja wanted to know more about the learning process in Tanzania and decided to visit Jifundishe, a non-governmental organization supporting projects educational opportunities in rural Tanzania.

Surprisingly, secondary-school students were not the only participants during the learning sessions, but a much diverse range of people were coming regularly such as millennials, older men and mamas (even nursing mamas). According to the same study published by the UNESCO, two-third of illiterate poeple are women.

What she discovered was that learning was not restricted to age, but more of an answer to human needs. The best example is the farmer who is set to learn how to operate his mobile money account on his mobile phone to run his business properly.

Once a farmer is able to make transactions through his mobile phone – whether for sales or to buy better seeds – his improved yields won’t be down to the fact he owns a phone so much as because he could make use of the opportunities it provided.

Most of the adults who were attending to Jifundishe were trying to get a Secondary School Education certificate since they never had the chance to have one in their early life. Faraja’s goal was also to alert people to the usefulness of their computer lab.

To many people a computer might as well be a cardboard box, unless they know what it can do and how it can add value to their lives.

According to her, tech is not just efficient but also cost-effective, and a far better deal for money than going without. If they are educated to these new technologies, unbanked people will also be able to access traditional financial services and improve significantly their standard of living by saving and growing their wealth over time.

The Very Basics Of Banking