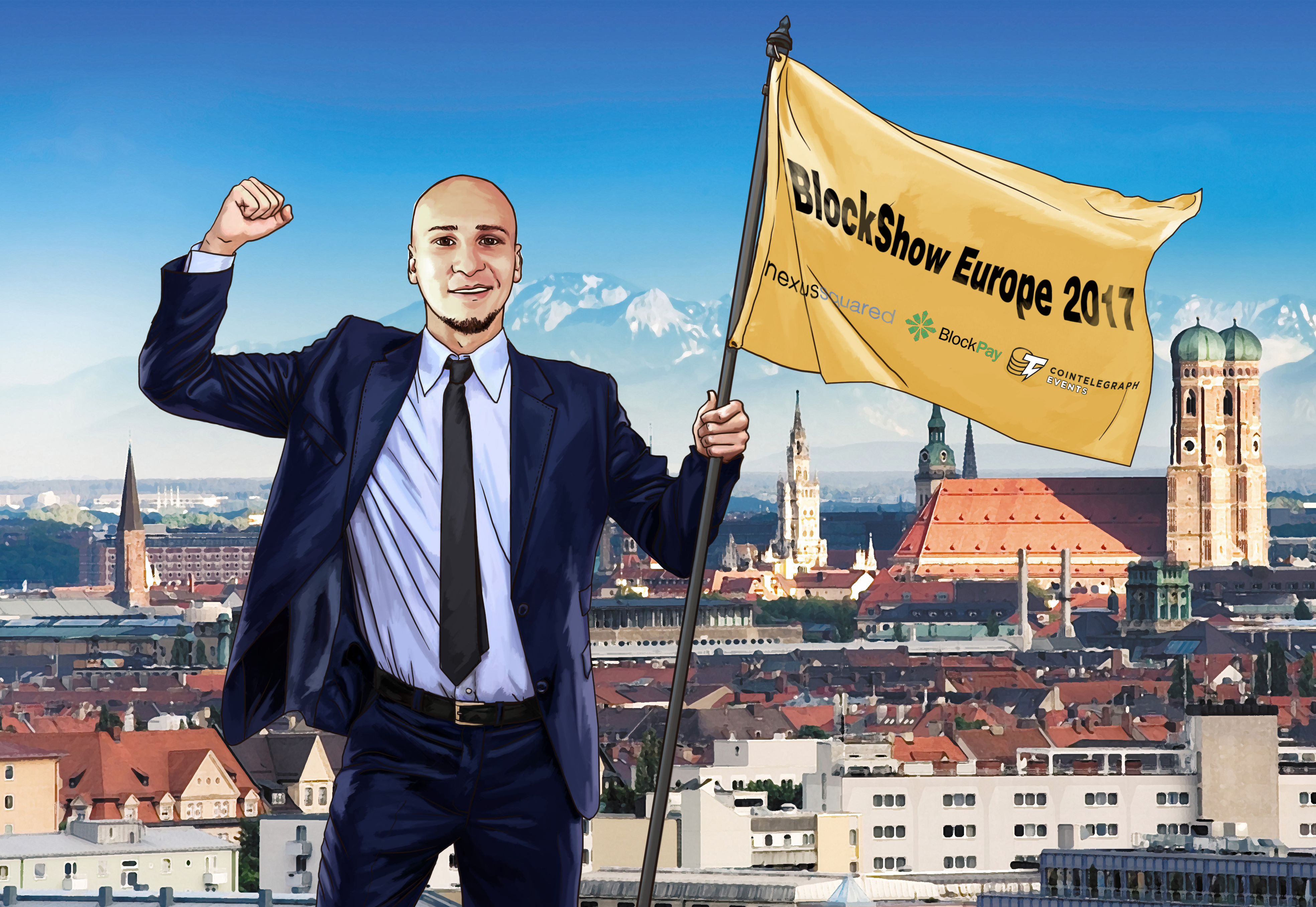 Key industry players were represented such as big corporations Deloitte and Commerzbank, established blockchain entities like Waves or Nxt Foundation and fast-growing startups like Bernstein or Etherisc.

Although “Blockchain is now” were the final words of the Blockshow’s keynotes, many still believe that the real revolution everyone is talking about won’t happen before 3 or 4 years. Milan Sallaba, Partner at Deloitte and Technology Sector Head, reminded it very clearly:

“We are only scratching the surface right now (…) we need to push the technology and its adoption. Big use cases will come as a results”.

This technology will strive to become a game changer in every single industry, driven by its main characteristics, and well synthetized by Paolo Tasca from UCL Centre for Blockchain Technologies during the conference: Decentralization; Security, Transparency & Immutability; and last but not least, Automation with Smart contracts (i.e. self executing).

Everyone is working on it: there is undoubtedly a massive Blockchain hype, and it has been so far a buzzword to many. According to Gartner, the Blockchain technology hit in 2016 the highest peak of the famous Hype curve, where “users and the public are suffering from “inflated expectations” about its benefits”. Some facts confirm that statement, when the Bitcoin value reached an ounce of gold on March, more and more people invest in crypto currencies, creating a so-called bubble coming along a general surge in prices.

Cryptocurrencies are exploding in value and number, and ICOs (Initial Coin Offering) are on fire! Only at the Blockshow, at least 5 crypto-investment funds were represented at the event: Satoshi, CyberFund, DAO Casino, TaaS, etc.

Challenges for a Widespread Blockchain Adoption

« How to make your mom use that service?» asked Roger Benites – CEO at Bitinka. We need to educate people and make it easier to make “moms” use it. To our mind, this will be solved thanks to user experiences made easy and concrete use cases solving true pain points. There is no need for all to fully understand the technology, as beautifully said by Marco Favia – Head of the Blockchain Business Board:

According to Deloitte, main barriers to blockchain adoption are listed as follow:

Philipp Krömer – from Commerzbank & Blockchain Lab gave a speech with some valuable advice to banks and big corporations in general regarding the Blockchain. Following our vision to help decision makers understand emerging trends and take actions accordingly, we thought that some advice were worth mentioning:

Milan Sallaba said “work iteratively and focused: start small and work the way up”. Philipp Krömer completed by “Don’t wait for your board to open a budget, go take a developper, see some front-end problems and work on it”.

Corporates and individuals should be aware of its potential, learn how to implement it and the best way to go, is actually learning by doing. So go build your blockchain!

Companies should focus on building solutions with genuine added value instead of communicating around Blockchain just for the hype.

Think of the problem first and develop customer-centric solution. Involve Blockchain only if it adds a unique value.

Also, congratulations to Etherisc for winning the award of “The Most Innovative Blockchain Startup” and SolarChange for the “Startup With The Biggest Potential for Betterment of Humanity” during the Blockchain Oscar Competition, respectively earning €5000 worth of Bitcoin and Humaniq tokens!